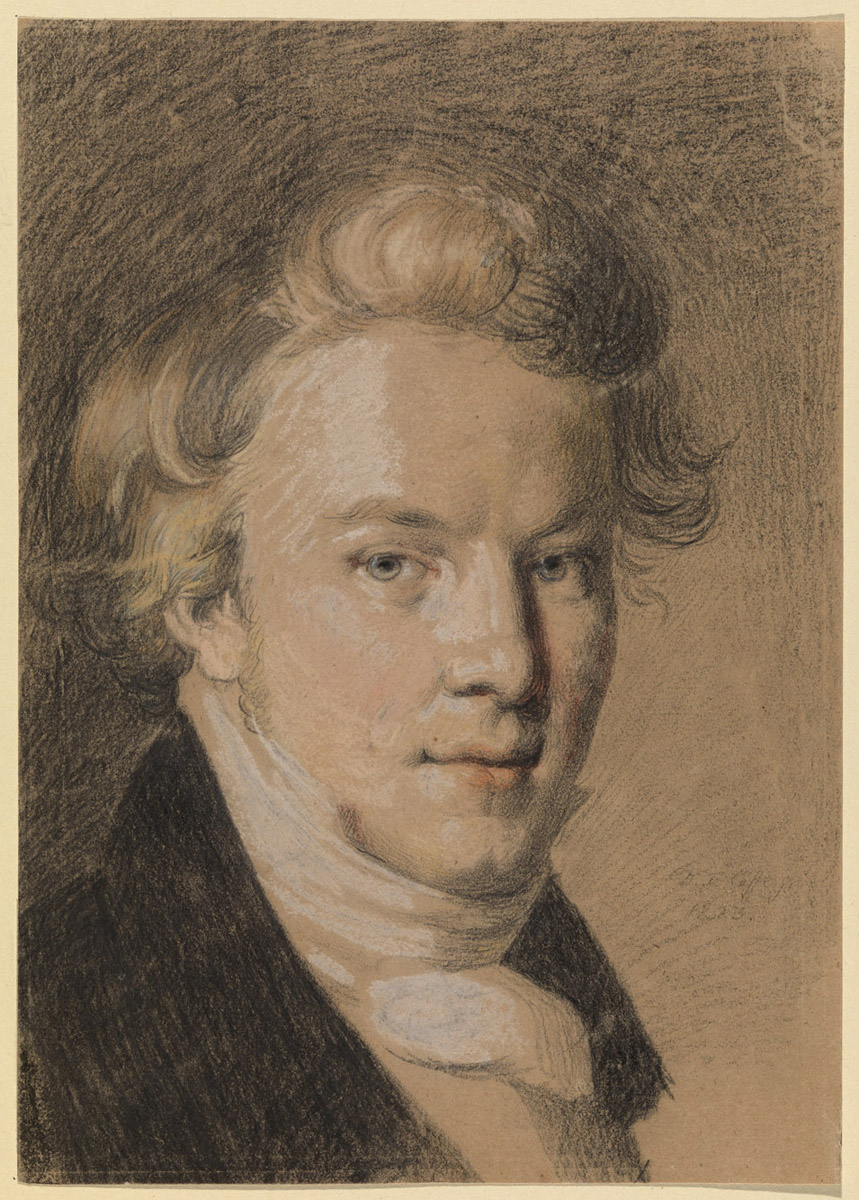 The artist’s eponymous father was a highly productive pastellist in Leipzig. On his death in 1815 his commissions passed to Daniel Ferdinand. The latter’s pastels occasionally surpass those of the father in quality, although on the whole extant works by father and son are difficult to distinguish, espicially since most are only signed ‘Caffe’.

In our self-portrait, however, the 30 year-old artist proudly signs himself with full name and initials ‘D.F. Caffe’.

A decade later Daniel Ferdinand moved to Rome where he was documented as a genre painter until 1837.

A sensitive coloured chalk drawing with gouache in white, much lighter and airier in excution than the majority of his pastels.